After 18 months in stasis, the much-anticipated return of Rick and Morty came via their website. On April 1st. Seriously.

If it were any other show, I’d have said this was a cute idea. But given the supremely cynical nature of Rick and Morty, part of me thinks this was done purely so they could trick a handful of people into not watching. Maybe I’ve over-thought this, but if ever there was a team of people to have that mindset – this is the show they’d produce. 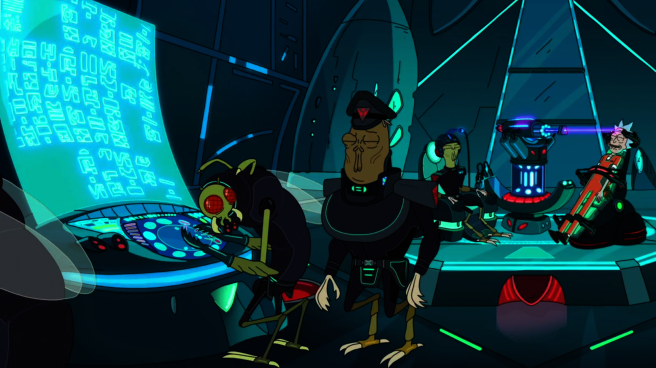 Following season two’s cliff-hanger, which left the show’s rabid fanbase frothing at the gums for nearly two years, Rick is once again battling an army of space aliens trying to use his genius for their gain. Deep diving into his mind, we’re teased with origin stories, true motivations and even revisit some of the previous timelines Rick and Morty have fumbled their way through in previous seasons. Whereas this show typically romps from week to week with a different villain, setting or gimmick, season three comes out swinging with callbacks and meta-commentary on the show’s existing meta-commentary. In some ways, it’s the perfect Rick and Morty episode, with sharp-wit and genuinely surprising twists coupled with common-as-dirt toilet humour.

If not for the heavy reliance on callbacks to earlier seasons, this would be the ideal episode to introduce new viewers to the show – it’s laughs-per-second ratio is through the roof, and the episode’s conclusion is so dark, without feeling ‘try-hard,’ that it encapsulates everything that fans love. 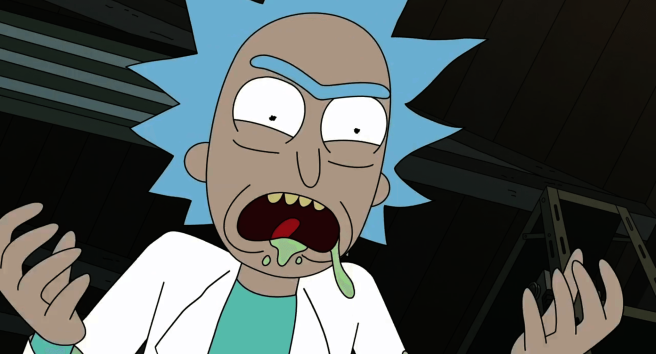 For those of you who have yet to join the nihilistic fun of Rick and Morty — season one and two, 20 short episodes in total, are now on Netflix (UK and Ireland).