The buzz for this match after 16 Carat was huge. It got ‘must watch’ recommendations from folks who I trust like Alan4L, Allan Blackstock, and other reliable people who are not called A(l)lan.

Naturally there is a ‘live bump’ when it comes to wrestling – an added glow to a match that you only experience when in attendance. Sometimes an okay match is amazing live. Other times an amazing match is slightly more amazing. Luckily, this was the latter.

I was brand new to wXw before I watched this year’s 16 Carat, but the presenation of Walter was masterful — I’m actually fascinated to watch his back catalog of matches there. I know he’s been in wXw for years, so whether or not he’s been this well presented for his whole career intrigues me. He was the big, terrifying monster who looked impossible to hurt and effortlessly violent. Watching the whole tournament helps, but this is also conveyed when watching the match as a standalone. Dragunov is harder to describe; an entirely unique babyface. He’s like what Dean Ambrose espires to be in terms of bizarre charisma, with elements of the Ultimate Warrior to boot. But more importantly, there’s something about him that’s entirely his own that I can’t quite compare to any one who came before him, and that’s special. 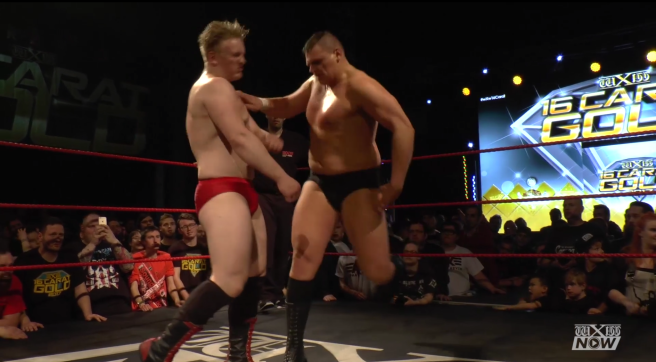 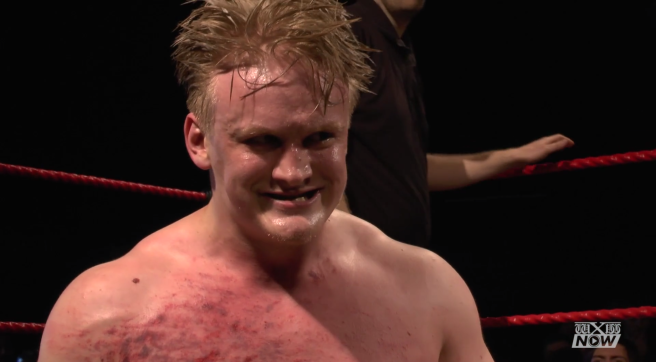 The match was largely Walter brutalizing Dragunov, who wouldn’t stay down, although Ilja did get some good flurries of offence to show he could hang. There was extended sequences of chopping which resulted in Dragunov’s chest turning a hideous shade of purple, and it looked as though it was peeling.

It was a classic match structure, carried by the charisma and presence of both men. It was a tournament final that actually lived up to the three shows that came before it, and that’s rare these days. The tournament as a whole is worth checking out, but if you’re limited on time, night three is a great introuction to wXw with a perfect main event to ensure you’ll come back for more.